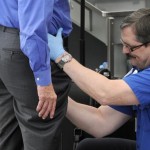 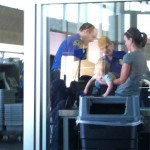 Everyone surely knows the whole body naked-scanning machines that TSA rushed into service at airports around the country immediately after the mid-term elections. These days they are impossible to miss while traveling.

If one were to wonder if safety was forgotten in the rush to field the machines as quickly as possible, here’s some food for thought:

To be fair, the FDA responded to some of these issues9. Strangely, in the lengthy response nowhere does the FDA state that it studied the systems itself, or that the FDA has determined the systems to be safe. The response made reference to third party safety studies, but not only were these studies not performed on behalf of the FDA on the systems themselves, some of them pointed out issues that had not been addressed by the TSA10.

Further, a key study made by JHU was heavily redacted, making independent verification impossible. Not to mention that the characterization of the third party evaluations was at best questionable, as the FDA claimed NIST had provided “safety data”, when NIST states that it didn’t test the units for safety11.

And last but not least, in a response to the FDA, it seems that the JHU report was inconsistent and in fact implies that the primary radiation was measured in a manner that provided a lower than actual reading12.

Perhaps we should all just drive a car or resign ourselves to the Obama GrabTM until we can all vote out the Dear Leader and his gang that brought us this multi-billion dollar skin cancer experiment.