The (R)’s Are Coming! — But The Congressional Credit Card Is Safe! 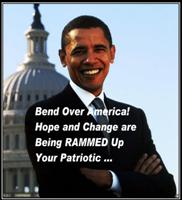 Hold Onto Your Wallet!

In yet another act of “unprecedented transparency”1, the Democrats have driven a bill through Congress that has now been signed by Obama (D) to raise the Congressional Credit Card limit to a staggering $14.294 TRILLION without the benefit of CSPAN capturing a single second of the closed door discussions.2

The vote in the Senate was taken just in time before the newly baked Senator Brown (R) from Massachusetts were to be sworn in, since he might have forced actual debate on the issue. It was simply safer for Reid (D) to drive the vote while the Massachusetts state officers with (D)’s behind their names were doodling and claiming that it just takes time to create the necessary documentation for Brown (R) to be sworn into office.3 After all, even when the results are not contested, it’s important to dot those t’s and cross those i’s, especially when a guy with an (R) is the topic, and not someone with a (D), isn’t it?4

Those in the Senate with (D) behind their names even claimed to wait for Brown (R) for any important vote, such as that on healthcare.

It must be that the (D) people don’t think that agreeing to spend $1.9 TRILLION is not an important vote. Interestingly, if $1.9 TRILLION doesn’t make the cut, but a healthcare plan supposedly costing $1 TRILLION or thereabout does, then is that an indication that the REAL cost of the healthcare legislation is far beyond $1.9 TRILLION? Harry (D), Nancy (D), please explain.

As we reported previously5, this bill increases the national debt “limit” by more than it has ever been increased before, both as a percentage of the total, and as an absolute number. Not even during the dark days of World War 2 was such a dramatic increase necessary.

So what’s different? A looming 2010 Congressional election disaster for those with a (D) behind their names has Harry (D) and Nancy (D) running scared, and Obama (D) can’t help but agree. With Brown (R) in the Senate now, Reid (D) might not have been able to push this (D) looneylaw through Senate, or at least not without some semblance of debate.

Yesterday, following up on his transparency pledge, Obama (D) chose to leave those pesky cameras outside yet again, and proceeded to sign this monster into law. All hail the chief, the Congressional Credit Card is safe from those pesky guys with (R) behind their names.