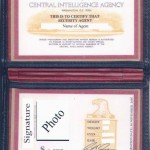 What terrorist needs an intelligence gathering operation when it has the Department of Homeland Security doing what it does best: screwing up?

While the contents of the document for the most part are obvious, it makes the search for potential exploits somewhat easier and less risky for a budding terrorist.

On the other hand, security through obscurity is never as secure as something that has been openly vetted. Perhaps DHS will now have the benefit of independent opinion on how to make their procedures better, though it remains to be seen how open DHS and TSA are to unsolicited input and opinions. 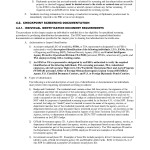 For curiosity value the document details the existence of a CIA program known as the Worldwide Operational Meet and Assist Program (WOMAP).2

It’s unclear what the program is, as a standard Google search only had 9 hits, all of them after the SOP document was released.3 In any case, it’s likely the program will be renamed no later than next week.

The manual is also much clearer about what can be taken through security and what can’t. Naturally this list might change, but it reflects the status as of June 30, 2008. 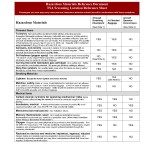 It seems the document was first published by the The Wandering Aramean.4

One thought on “TSA Security Breach…”